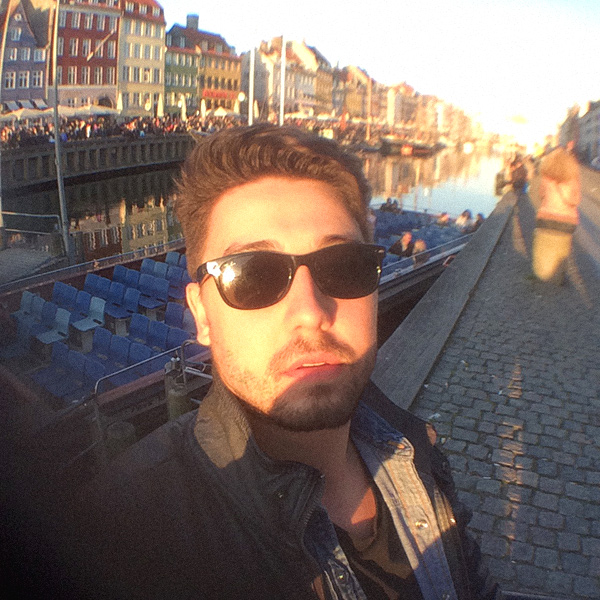 Darlan (25) left his home in Brazil behind him in April of this year to pursue a career in Germany. He described his route to Germany in his last post. Here you will learn what steps Darlan had to take to obtain a work permit, how long the process took, and how the uncertainty felt. A Guest Commentary.

I’ve been very lucky: By having the right contacts at the right time of my life I got the chance to complete a traineeship in E-commerce in a German company. The company ended up contacting me regarding an open-ended contract as a Display Account Manager several months after I had gone back to Brazil. But having this job offer is not all one needs in order to work in Germany.

There is a long bureaucratic path you need to follow until you can hold the work permit, the Aufenthaltserlaubnis, in your hand. Companies in Germany can’t just hire anyone from non-EU countries. There are different categories of permission, including the Blue Card, which depends on a lot of factors like your study qualifications, your salary, or the kind of job you are going to have here. In my specific case it is a work visa, or „Aufenthaltserlaubnis“ as it is called in Germany.

First you need the job, then you apply for the work permit

First you need the job, the employment contract or the concrete employment offer, and then you apply for the work permit. In order to get it the Bundesagentur für Arbeit (BA), the Federal Employment Agency, has to permit the employment. My company needed to provide them with a lot of documents, also explaining why I would be the best option outside Germany for the intended job and how their business is growing in Brazil. Having a good personnel department that handles all those documents is very helpful too. I also already had two years of experience in E-commerce in Brazil and knew German, English, and of course Portuguese – it just fit. The BA only permits employment if there is no German or EU-citizen available to do the job and who matches the profile.

In practice this means that there is a process to go through which takes several months, in my case it took around half a year from the beginning to the end. The company has to open a vacancy for the job in the Bundesagentur für Arbeit (BA) for four weeks and invite applicants for interviews. After four weeks, if no candidate wanted the job or did not match the profile, the company contacts the BA in order to report that there was no match and to begin the search for someone abroad. Then I had to send all my documents (Health insurance, work contract, CV, university diploma which needs to be valid in Germany too, Passport and it is always good to bring everything you can with you just in case they ask).

Germany wants everything to happen the right way

The BA wants to see that the employment situation that the company describes is true and fair. From what I understand, this lengthy process doesn’t exist because Germany doesn’t want you to get the job; Germany just wants everything to happen the right and most fair way for both employer and employee. That’s why the BA checks the motivation of the company: What’s the vacancy? Does the candidate’s CV match the job description? Is the candidate’s bachelor degree compatible with the German bachelor degree?

The buerocratic process is a bit annoying

The process is a bit annoying at the beginning. You get to know about the job, but then you have to wait for four weeks until the process of receiving applicants is done, if they do not find someone you still have to wait until the BA accepts you, I think that took another one or two weeks. Then you receive a letter from the BA granting you an appointment at the consulate. Then you go with this letter to the consulate in your country, which can cost some extra money if you live quite far from your German consulate like me and have to fly over there. The diploma needs to be translated to German by an official translator and the meeting at the Consulate costs something depending on the topics, so make sure you are prepared to afford that or ask the company that wants to hire you if they can help you somehow.

And at that point you have already known for two months that you might go to work in Germany, which means you have to quit your job at home, if you have one. I told my bosses about this possibility and they were very nice to me. They let me stay in my current job until it was 90% sure that I was going to work in Germany, which means until I receive the BA letter that allows me to go to the consulate. So I had a chance to keep my job in Brazil if things ended up not working in Germany. That was really kind from their side, so we agreed that I would officially quit one day before going to the consulate. So I actually quit still not knowing if I would get my German work visa, and although I knew the chances were quite good, doing that is for sure still risky. It’s not a good feeling, because you never know if you’ll get the permission to work. But it happened and I am very happy for that.

You don’t get the work visa right away; you travel to Germany with a visa, which is valid for 90 days (that’s the case for Brazilians and can change from one country to another). After reaching Germany you change this visa into an “Aufenthaltserlaubnis” which allows you to work for longer. Thus you have to repeat the whole process over again: You have to bring all the documents, yours and the documents your company has provided – So you have to do it once at the consulate in your home country to get the entry-visa and then you have to do it again in Germany to get the work visa.

You need to prove that you know German

So once I reached Hamburg I had to go to the Welcome Center at the Rathaus to get this done. You have to go there in the first days after arriving. In order to get the work visa (the one I have) you also need to prove that you know German and they test you. The test can be speaking in German with officials or it can be an actual written test. I went to the Welcome Center and spoke German with officials, which ended up being sufficient. There was no problem and I got the Aufenthaltstitel. The whole process is not easy and it takes a while. In my case it took from the end of November to the middle of April if you count the very first contact until I started working.

Also read:
My life in Germany. What needed to be accomplished after arriving in Germany? How did Darlan find friends and a place to live? And does he want to stay forever? Darlan answers these questions and more in his next post.

Also on our blog: Living the Indian way in Eastern Germany – Dinesh Kumar Kodavali from India shares his experiences of living and studying Engineering in Magdeburg. Also interesting for you: Beer is cheaper than water, people are coconuts, and don’t expect to practice your language skills – that’s what Mikayla Posey learned during her stay as an English teaching assistant in Germany. Or read about the intercultural experiences of an Indian engineer  living in Germany, or what a Spanish Engineer thinks about the Germans.