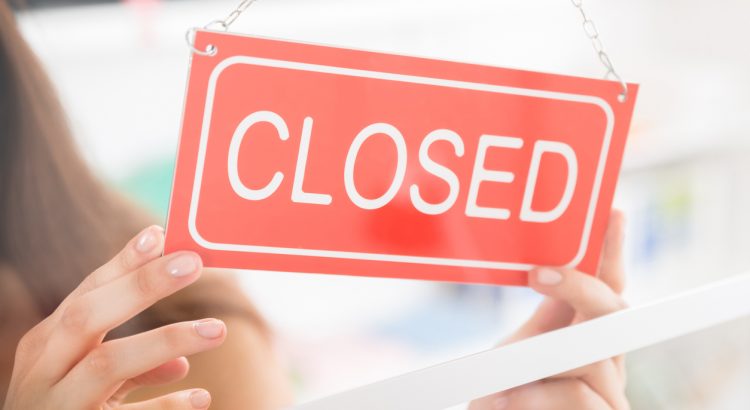 Did you just arrive in Germany? Not knowing certain rules, regulations or norms may cause you as an expat some trouble. What you should know to avoid 5 common banana skins for newcomers to Germany. A Guest Commentary by James Meads, author of the website LiveWorkGermany.

1. The Customer Is Not King

The Germans may be world class at manufacturing but you will soon realize that a lot of companies and institutions struggle with the concept of service. Service employees in Germany can often appear to be curt and unfriendly. This sadly is a general theme of life in Germany for newcomers to get used to. I’m afraid here, the customer often is not king.
Let’s look at one specific example which defies common business logic. Most banks and post offices close for lunch. How does anyone get anything done in this country?! How did normal, working Germans deal with their banks before the age of internet banking? Also think again if you’re planning to pop into the bank on a Saturday morning. It will be closed.
On the positive side, because most of the world does not speak German, you will not find phone-based customer services functions offshored. These are actually located in Germany.

2. Plastic Is Not Fantastic…Carry A Stash Of Cash!

Only very recently did major supermarkets Aldi and Lidl start accepting credit cards. Ikea still doesn’t. The vast majority of restaurants don’t. Ticket machines for local public transport in most cities don’t. Encouragingly, there are, slowly but surely, some restaurants and specialist shops who understand that giving a customer the option will increase the chances of him returning. Why would any establishment knowingly and deliberately refuse to offer the option? Especially multinational corporations. What are their Chief Marketing Officers thinking? It is completely beyond the grasp of the way a savvy business or salesperson should think.

Anyway, rant over. The reason for this is that debt and credit are still dirty words here, which can make life in Germany for newcomers somewhat of a challenge. From the experiences of hyperinflation during the Weimar Republic of the early 1920s, living within your means is deeply ingrained into German society. A credit card is still seen as a debt vehicle rather than a convenient way of paying for stuff. In fact, most “credit cards” issued by German banks are just glorified debit cards which are automatically paid off at the end of each calendar month.

3. Everything Including The Kitchen Sink

One of the most baffling housing-related habits is the penchant Germans have for taking fully fitted kitchens with them from their old apartment to the new one. So, why do they do this? Firstly, long-term rented accommodation here is the norm, so naturally they do not want to live in a place for several years which has a crusty, old kitchen which the landlord has not kept well-maintained.

Secondly, Germans love their high-tech, expensive electrical goods and thus are more choosy regarding what kitchen they install in their apartment. Now, there is usually a possibility to purchase the existing kitchen from the vacating tenant if they are not keen to take it with them. So while I would say don’t automatically disregard all apartments which don’t have fitted kitchens, this is definitely an inconvenience factor to consider during your search. German handymen are also considerably more expensive (but usually better qualified) than in the UK, so unless you feel comfortable fitting a kitchen, it may be more hassle and expense than it’s worth.

4. Everything is Closed on Sundays …

…Apart from cafes, bars, restaurants, bakeries, petrol stations and small kiosks. So, if you actually need to buy something useful, for example the carton of milk you forgot was empty and now are facing the start of a day with no cup of tea….you’re going to have to wait until Monday morning until the supermarket opens. Shopping facilities in train stations are exempt from this law but there is rarely a well-stocked supermarket there.
This law does have its positives and I can see why it is there to encourage people to “do something” with their Sunday instead of walking around shops and retail parks. I can’t help but think though, that by allowing just supermarkets…not the whole city centre or shopping mall…to open for 3 or 4 hours on a Sunday morning would boost the economy whilst not inconveniencing anybody who wants to spend Sunday with their family. Until this utopian moment, you’ll have to spend that nice sunny Saturday doing your shopping, safe in the knowledge that rain is forecast the next day when you’d planned to go hiking. You could just go to the pub I guess….which is open.

Contracts in Germany in most cases are “evergreen” i.e. they automatically renew unless you explicitly cancel them and thus are firmly in the service provider’s favour. Worse still, often in the small print you are bound by legalese which only allows you to terminate the contract once per year! It is extremely rare for the customer to have the right to terminate at any time for convenience. This is a concept which is completely alien to most English speaking countries but is perfectly normal in Germany.
At first I thought I had been scammed but then I noticed it on my car insurance, Bahn Card, mobile phone contract and so on. There is one easy way around this. When you receive your confirmation of the contract you have just signed, immediately send them a termination notice. Legally they then can’t debit you for a contract renewal the following year that you unwittingly signed up for. Make sure you also receive an acknowledgement email or letter confirming the non-renewal.

This is what James Mead says about his website:
LiveWorkGermany provides in-depth, accurate, real, honest and up-to-date content, and provides services to expats in Germany and those seeking to relocate here. Covering topics such as housing, relocation, dealing with bureaucracy, work & employment, learning German as well as everyday life in Germany, through the eyes of a long-established expat & guest bloggers. E-book and expat city guides coming soon. Find LiveWorkGermany on Twitter and Facebook.

Also in our blog: Number one country in the world for Logistics, great opportunities to network with people from all over the world and a drive to improvements in business culture: This is what motivated Vinicius Andriolo (32) from Brazil to undertake his next career step in Germany. Find out more in this interview! Also interesting: Darlan (25) left his home in Brazil behind him to pursue a career in Germany. He described his route to Germany in this post. In this Guest Commentary you will learn what steps Darlan had to take to obtain a work permit, how long the process took, and how the uncertainty felt.