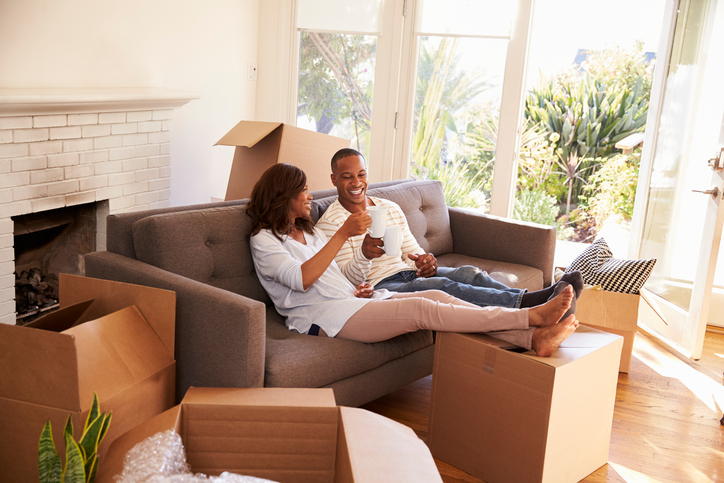 After finding a job in Germany, finding an apartment appears at the top of your to-do list. Finding an apartment isn’t always easy, especially in Germany’s large cities. Often there is intense competition between dozens of apartment-seekers for one flat. We have six tips to make your apartment search less stressful and more successful.

Whoever is looking for an apartment has no time to waste: The demand for apartments is enormous, especially in large German cities. Check out advertisements online and in the newspaper every day. Once you’ve seen an apartment that you like, contact the landlord or apartment manager immediately.

2. Use your social network

Contacts can help. Do you know people in Germany? Let everyone know that you’re searching for an apartment. Post on Facebook, send a tweet , write a round of emails, ask your acquaintances and friends to keep their eyes and ears open. Sometimes when a renter is leaving their apartment, they can recommend someone to move in after them – if you are recommended, your chances of getting the apartment are instantly higher.

Who doesn’t dream of a big, beautiful apartment in a great neighborhood with a balcony, with modern amenities, and with low rent? Unfortunately, apartment-seekers can’t have it all—especially in the big cities. Be prepared to compromise when finding your German apartment.

Try to stand out during your first interaction with the landlord. If you call the landlord and give him a generic, “Hi, I would like to visit the apartment,” und hang up, the landlord will probably not remember you among the other applicants who called. Make a positive impression by starting a nice conversation on the phone even before meeting in person, so when visiting the apartment with the other applicants, you will stand out to the landlord. If instead you are asked to voice interest in writing for an apartment, then write something about yourself as a person that the reader will remember.

5. The Viewing: Stand above the group

Group showings are appointments in which many interested apartment-seekers view the apartment at once. These are very common, so be prepared to be invited to a viewing with dozens of other hopefuls. Again the same game: Draw attention to yourself. Of course you should appear clean and well put-together in order to make a good impression -but that’s not enough. Try to fall into conversation with the landlord, so that he remembers you. Bring everything with you that the landlord needs: Proof of income or work contract, credit rating, etc.

Maybe you don’t want to live alone? That could make your search easier. Whoever likes living in a community, could be interested in shared housing (Wohngemeinschaft, or short: WG), your chances to find a singular room may be higher than finding an apartment of your own. A WG is a very popular type of housing in Germany, where flat mates live together, sharing the kitchen, the bathroom and, if lucky, also a living room, while having their own private rooms. Flat mates can cook, eat, and talk together if they want, then escape to a private bedroom when needing quiet. Another advantage of a WG: you can meet new people after moving to a new place. Read here (in German) about the pros and cons associated with shared housing: Die Vor- und Nachteile der Wohngemeinschaft.

Also in our blog: Oriana Menabue from Venezuela sat down with Employland to discuss the challenges she faced when looking for an apartment in a new country – not to mention a large city like Hamburg. Also interesting: In his guest commentary, Darlan Kafeltz from Brazil tells us what he did after reaching Germany, how he found a place to live and made friends, and if he plans on staying in Germany forever.