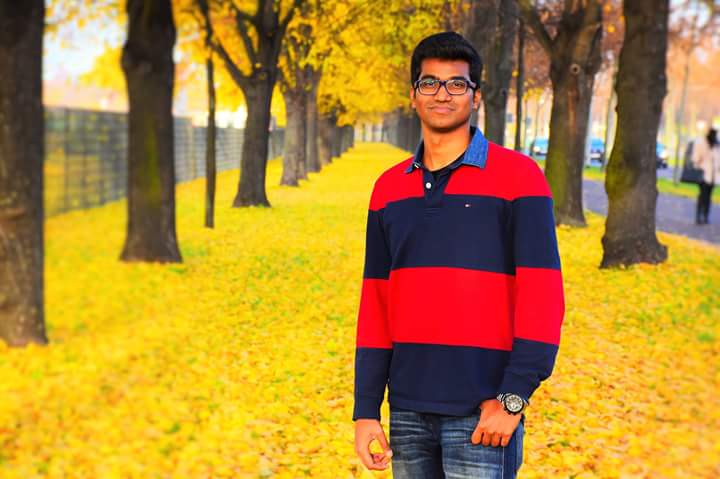 A renowned faculty for Engineering, an extensive job application process, and living the Indian way in Eastern Germany: Dinesh Kumar Kodavali, a 27-year-old from Guntur, Andhra Pradesh (India), shares his experiences of living and studying in Germany the past three years.

Employland: Dinesh, you left your home country India behind in 2013 in order to pursue a Masters in Electrical Engineering and Information Technology at the University of Magdeburg. Why Germany?

Dinesh Kodavali: My first choice for studying was actually the USA, Germany was my second choice. In the US there are a few outstanding universities, but I applied very lately and didn’t get admission. So I thought: Instead of studying in one of the no-name universities in the US, I‘d rather study in Germany where research and manufacturing is comparable to the USA. The University of Magdeburg has one of the strongest Electrical Engineering programs in Germany, ranking in the top 10 for German universities.

Employland: You are almost done with your studies, only the master thesis is left.

Dinesh Kodavali: Yes. I moved to Southern Germany a month ago, because I am in search of a company at which to write my Master thesis. Magdeburg is not an industrial area. Most of the companies involved in my field are in southern or western Germany. My experience has been that when I apply from Magdeburg the chance of my application being considered is low. I don’t know why. But I see more response to my application when applying from the South.

Employland: How is the application process going? Is it hard, especially being an international student?

Dinesh Kodavali: It’s definitely not easy, especially because of the language barrier. Anja Deutschmann from my university‘s International Office who supports international students helped me with the translation of my cover letter into German after I had prepared it in English.

“Your chances are much higher if you know a German to recommend you.”

Employland: How many applications did you write?

Dinesh Kodavali (laughs): Too many. Just today I met an Indian expat here in Germany. He told me of his experience and that of many of his friends: Contacts play a major role in getting a job in Germany. Your chances of landing a job are much higher if you know a German to recommend you. For an international student who doesn’t have contacts it’s hard. I have written more than 100 applications. For the last two months I‘ve not done anything else. I have been invited for 16 job interviews, all in southern and western Germany. Two are in the coming up week. I had one today which went well, let’s see.

Employland: Fingers crossed. You said language is an issue when applying. You have done an internship in a german production company during your studies. Was language no problem then?

Dinesh Kodavali: The language barrier is a big problem. If you are proficient enough in the language, getting a job is not a big deal. But I have little practice with German, my studies have all been in English, so I mingled more with internationals than with Germans. I did complete a German course and reached the A2-Level. Most of my colleagues know English, but in order to get a job and make friends with people German is required. I’m definitely planning to improve my language skills and take another language course.

Employland: Was the internship mandatory?

Dinesh Kodavali: No, it was not. That’s a drawback in my program. Getting an internship is important as it paves the way to the job market. Companies frequently opt for applicants who are required to complete internships as part of their studies, because companies have to pay fewer taxes for these students. At that time I wrote around 100 applications with the support of the International Office.

Employland: You said, you do not have many german friends, how come?

Dinesh Kodavali: When university started, I slowly merged into the university community where I got a chance to meet more Indians and internationals rather than Germans, because my courses are in English. During my first semester I did not have any German friends. By the third semester I had four, which were not from my study group. I participated in a volunteer organization where I met them. But we are not in touch anymore. Instead, I had an Indian community around me. There are around 600 Indian inhabitants in Magdeburg. Having an Indian community really helps me at times. For example: It‘s hard for every individual to find a place after arriving in a foreign country. I was very fortunate to know a few people. Before I came to Germany I had made friends with Indians living in Magedburg through Facebook.

“It’s much easier to mingle with your own people”

After my arrival in Magedburg I stayed with them until I got a room in the university dormitory. It’s much easier to mingle with your “own people”: the culture, the language, the interests are the same. We would cook Indian food together, watch movies in our native language. I play cricket, which is the most popular sport in India. On Fridays we met to play it in Magdeburg, and again, there were mostly Indians.

Employland: So, would you say, you still live indian culture after three years in Germany?

Dinesh Kodavali (laughs): Yes, when it comes to food and habits, then it’s still India here.

Employland: What are the most striking differences between India and Germany?

Dinesh Kodavali: This is what first comes to my mind: the advancement in technology and the manufacturing industries in every sector, women empowerment and lifestyle, and the Start Up Company scene. I like the way, German’s make up their activities and how they stick to them. For example, the division of a day into different parts such as sports, university, learning a new language, parties, meeting new people, travelling and so on.

Employland: And what similarities do you notice?

Dinesh Kodavali: The working culture is almost the same in both countries; people in Germany and India are hardworking.

Employland: Thank you, Dinesh, for sharing your experiences with us.

Also in our blog: The intercultural experiences an engineer from India had in Germany. You might also find interesting: How does Germany flirt? Find out how foreign romance in Germany was for Olga Borys from Ukraine. Or learn about international students from Computer Science professor Michael Resch: Do they have problems with the language, do they want to stay, and do they find a job?