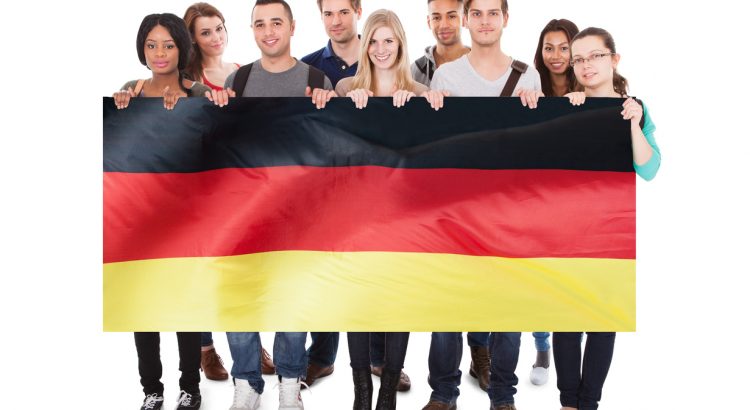 People who want to live and work in Germany have to deal with many challenges: The German language, mentally preparing for a different culture and work environment, managing bureaucratic procedures concerning visas and work permits, and the long to-do list after arriving in Germany. That’s tough and can hardly be done without help and plenty of research. Our series “Prepping for life & work in Germany” will introduce websites to you that help you prepare for and start your life in Germany!

In our last post of this series you learned about the website LiveworkGermany.com. Today we introduce the website “The German Way & More Language and Culture in Austria, Germany and Switzerland” whose blog was recognized as the best expat blog in Germany at the 2017 iCompareFX.com Expat Blog Awards. In our interview, founder Hyde Flippo tells us why the Germanway.com is unique, what characteristics distinguish the life of expats in Germany and what are the most common themes for people who want to move to Germany.

Employland: Please introduce yourself and “The German Way & More Language and Culture in Austria, Germany and Switzerland” to our readers!

Hyde Flippo: The German Way & More is an informational website and blog that serves both English-speaking expats working and living in Germany or other German-speaking countries, and travelers visiting a German-speaking country. I live in Reno, Nevada USA, where I taught German (high school and community college) for 28 years before retiring in 1996. My family often visited relatives and friends in Austria, Germany and Switzerland. Over the years I have spent a lot of time in German-speaking Europe.

I also gained a lot of intercultural expertise when I was taking my students on school exchange visits in the summer, and had to find ways to prepare them and their parents for our German American Partnership Program (GAPP) exchanges – what to expect from the German students staying with our US families, and what the American students needed to know for their family stay in Germany. Over more than a decade my Reno students and I did four-week exchanges with schools in Freiburg and Berlin, as well as a small-town Gymnasium in Lower Austria. I have also lived in Berlin twice, for a total of just over a year.

Hyde Flippo: Our excellent German Way Expat Blog team has varied over the years since the blog began in 2008; the main website went live in 1996. We usually have about five blog writers, including myself, at any given time – with a range of nationalities: American, British, and Canadian. Today’s team is British and American. Alie and Chloë are British as is Alie’s husband. Chloë is married to a German. Erin is an American from the Seattle area. She and her American husband had their first child, Mathilda, in Berlin. Chloë also lives and works in Berlin, where her twins were born. Alie resides in the Stuttgart area. We are now in the process of adding two or three more writers to our team.

Each of our team members has their own unique perspective and experiences to contribute to our blog. All of them have many years of combined expat experience to share with our readers. Our past blogs also reflect a great variety of experiences from writers who spent a couple of years in Germany and returned home, or who are still in Germany, having lived there for decades. Some of our current and past bloggers are successful writers and/or book authors on their own, and most of them have contributed to our new German Way Expat Guidebook. Readers can learn more about our writing team here.

Employland: How and when did the idea for The German Way originate? What is the concept behind your blog?

Hyde Flippo: The website began as the result of my first book on German culture, published by Passport Books/NTC (now McGraw-Hill). “The German Way: Aspects of Behavior, Attitudes, and Customs in the German-Speaking World” appeared in 1997. (A second edition was released in 1999.) After the book was published, it soon became evident that constant updates would be necessary, and that would only be possible online. Although the German Way book, last updated in 1999, gradually became dated (the euro was introduced in 2002; shopping hours changed drastically, etc.), we could keep information current via the website.

The German Way Expat Blog didn’t start until 2008, when I was living in Berlin. I first began writing a private blog entitled “Tapetenwechsel” (change of scene) in Berlin in 2007. That gave me the idea to start the German Way Expat Blog for the website. At first I was the only blogger, posting my thoughts about the life of an American expat in Berlin and Germany. But I soon realized that I represented only one aspect of being an expat in Germany. So I asked other expats in Germany, with other backgrounds and different experiences to contribute to our blog. Soon we had a team of bloggers with a great variety of expertise.

Employland: How has your website developed over the years?

Hyde Flippo: Besides adding to our blog team, we expanded the website to include much more information than we originally published in the books (three more titles after the original German Way book). We added a “How To” section with step-by-step guides related to shopping for groceries, having a baby, getting a residence permit, buying a car, and much more. We continue to add how-to advice, with the latest topic being a guide to tipping in restaurants, something that even many native Germans get wrong.

Employland: Your blog was recognized as the best expat blog in Germany at the 2017 iCompareFX.com Expat Blog Awards: What differentiates your blog from other expat blogs? What advantages does your blog give your readers?

Hyde Flippo: I think our blog is unique in the way we have a team of writers who have varying nationalities and varying situations that reflect those aspects of our target audience. While other expat blogs may have rotating bloggers, our blog publishes posts by three or four different people each week every month.

Employland: Who are your readers? Which countries are they from?

Hyde Flippo: Our audience is comprised primarily of English-speaking travelers, students, expats, and business people. We also get a lot of readers who are simply interested in German culture and history. About 70 percent of our readers are in the United States. Another 15-20 percent are English-speakers in Australia, Canada, and the United Kingdom. Almost 5 percent are located in Germany, Austria or Switzerland. The rest are from all over the world, mostly in Europe, but also in Africa and Asia.

Employland: What are the most asked questions or most common themes for expats in Germany/those interested in immigrating?

Hyde Flippo: Our ten most popular pages in the last 30 days were: 1. The German School System, 2. Public Transport in Germany, 3. Driving on the Autobahn, 4. Renting or (short-term) Leasing a Car in Germany, 5. The Autobahn (history and facts), 6. Moving to Germany: The Top 10 Things to Consider, 7. Driving in Germany: Green Sticker Zones, 8. Holidays and Celebrations, 9. Dining Out in Germany, and 10. Cell Phones in Europe. Other popular topics include: cultural comparisons, obtaining a residence permit in Germany, and driver’s license reciprocity for US states.

Employland: Do you get feedback from your readers? If so, what kind of feedback?

Hyde Flippo: Although we do get some direct comments and feedback in our blog, most of our feedback comes via our German Way Facebook page and Twitter: @TheGermanWay. We get a lot of valuable feedback via social media, and we make an effort to stay active on Facebook and Twitter. We also cooperate with other expat-related organizations and websites, including Employland.

Employland: And lastly: What characteristics distinguish the life of an expat in Germany?

Hyde Flippo: There are many kinds of expats in Germany. Our main target audience is English-speaking expats, but even that category has many subcategories. Besides coming from various homelands (US, Canada, Australia, UK, etc.), some expats know they will be in Germany, Austria, or German Switzerland for only a limited time, perhaps one or two years. Others are permanent, long-term residents, while yet other expats have a job assignment that could last several years before they are reassigned or return home. Some expats are single, while others are married, with or without children. The point is that while the needs of expats in Germany vary widely, they all have one thing in common: They all face a new language and a new culture.

We try to help them cope with the usual (and unusual) expat issues: language, daily culture, bureaucracy, food/cooking, schools, family and work issues, and all the other things that expats and expat families have to deal with sooner or later. Even within one family, a so-called “accompanying partner” faces very different issues than the breadwinner. If both are working, that involves yet other issues. Canadian expats in Germany see things from a different angle than Americans, and so on. We try to address all kinds of English-speaking expats in Germany, Austria or Switzerland – as much as possible. That’s one reason why we take pride in our multinational team.

Employland: Thanks a lot for the interview, Hyde!

Also in our blog: Find out what experiences expats in Germany make, e.g. about the challenges Oriana Menabue from Venezuela faced when looking for an apartment in a new country – not to mention a large city like Hamburg: Finding an Apartment in Germany is a nightmare – A Venezuelan’s Experiences. Or learn about Darlan who came to Germanyto pursue a job in a German E-commerce company.  In his guest commentary, Darlan tells us what he did after reaching Germany, how he found a place to live and made friends, and if he plans on staying in Germany forever: I knew I’d like it: My life in Germany – A Brazilian’s Story