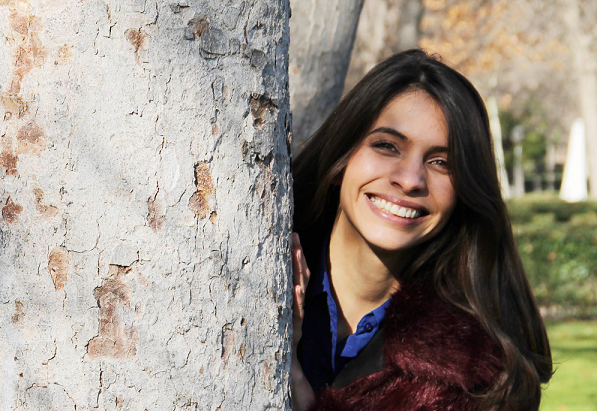 After working in the aircraft industry in Hamburg, Germany, Oriana Menabue (28) from Caracas, Venezuela is now pursuing a Master’s degree in Global Logistics and Supply Chain Management at the Kühne Logistics University (KLU) in Hamburg. After having shared her experiences with Germany in a recent Employland-Blog post, Oriana now sits down with Employland to discuss the challenges she faced when looking for an apartment in a new country – not to mention a large city like Hamburg.

Employland: Oriana, you lived in Münster before moving to Hamburg, which is a much larger city. Do you like Hamburg?

Oriana Menabue: When I lived in Münster, I visited Hamburg for a weekend. I remember that very well, because it was at the end of the summer, beginning of fall. It was a great weekend with beautiful weather, and everybody was outside. I went to the „Schanze“, a very popular, multicultural district with plenty of bars, cafés and restaurants. I enjoyed the view of all the terraces full of people, the scene was beautiful, as well as the atmosphere. I thought: I love this city. So I was very happy when Hamburg turned out to be my next destination, first for completing an internship, now for pursuing my Masters.

Employland: Where do you live? In what type of housing?

Oriana Menabue: I lived everywhere (laughs). Finding an apartment in Hamburg is a nightmare. I first lived in the Karolinenviertel, moved to Neustadt, now I live in Eimsbüttel. I really liked my home in Neustadt which is very beautiful and near the harbor, and I lived in a Wohngemeinschaft (WG), a shared apartment, with a German girl I got along with really well.
We had a great dynamic from the first moment even though we couldn’t communicate (laughs).
She did not speak any English or any Spanish, and I could not – or rather did not dare – speak German. So at the beginning we mostly communicated by signs. We would also say to each other: “We don’t know what to say, I will just hug you.” Google translator was also really helpful. Unfortunately, after one year I had to move out because her boyfriend moved in. So the search for an apartment started again. It is so difficult to find an apartment in a German city. Now I finally have my own apartment and rented one room to a German roommate.

Employland: Why is it so difficult to find a place, please explain that further.

Oriana Menabue: You would expect, that if you see an advertisement of somebody who wants to rent a place, you will write that you are interested and you will get an answer straight away. But it is not like that. If you want to be invited to have a look at the apartment, you need to make clear from the outset that you are really nice and a good person and first of all that you have stability in life, that you have a nice background and you have a job that provides a good income, so you have financial security. It can’t be a flexible job, if you are a freelancer you face lots of challenges, it has to be a fixed job. You have to really show that you are the best candidate for the apartment, almost as if you were applying for a job. The competition is intense. There is also the difficulty that you have to write in German when applying for the apartment. My experience is that landlords are not comfortable with renting a home to foreigners, supposedly because they don’t know a tenant’s background. So, you better write in German, to raise your chances, because many people are looking for homes.

Usually you will get a couple of answers for every one hundred application letters you write. You will then go to the so-called “Besichtigungstermin”. Here you go and visit the place. Maybe you anticipate visiting the apartment, meeting the landlord, having a conversation about the space and yourself … but what actually happens is you show up and there are around 40 other people looking at the same apartment at the same time. Again, you have to show that you are the best candidate, you need to try to get the attention of the landlord in this crowd and convince him you are the right one among all those competitors. It’s really stressful. And if you are really lucky, you get the apartment – that takes time, months. Most of the time you don’t get the apartment, so you keep running from place to place until you get one. You really have to struggle, even though it might not be the nicest place. Meanwhile, you get to see very strange places sometimes. Obviously, you have everything: nice apartments, pretty apartments, old apartments, ugly apartments. So for a couple of months I was jumping from „Zwischenmiete“ to „Zwischenmiete“, that was hard. Zwischenmiete is very common in Germany and means a tenant rents a place for a very short period of time, for one month or two months, for example if the person who lives there went travelling.

Please share your experience with us:
Do you like to live in a shared apartment or rather on your own? We look forward to your comment.

Employland: What you describe is the process when trying to rent an apartment on your own?

Oriana Menabue: Yes, that’s what I did, I wanted to live on my own, not because I did not want to share an apartment with anybody, but rather because I wanted to have security. I have made very good experiences in my WG. But I had to move out when my flat-mate’s boyfriend moved in, so I really wanted to have a place for my own where I could be “the boss” without having to fear I might have to move out soon. I live with my German roommate now, but he is in my apartment. I am the “Hauptmieterin”, the main tenant.

“Word of mouth is really important during an apartment search”

To get into this privileged position it takes a mixture of luck, of how much you can afford or are ready to pay, and how flexible you are. For me it was important to live in a nice place, in a nice apartment, you know. So, if you are restricted in what you can afford, mostly you will learn that you cannot have everything, it will be impossible to find the perfect apartment, so either you have no balcony or the kitchen is small or the apartment does not have much sunlight coming in.
One last tip: word of mouth is really important during an apartment search. Your best chance is when you have a friend moving out from his apartment, so he could recommend you to the landlord. It raises the chance so much! Unfortunately, that means someone without many contacts will have a harder time.

Employland: We’re happy you made your way and live in your own rented apartment now. How about the other side of living in a German city. Was socializing easy, was it easy to make friends?

Oriana Menabue: I would say so. I have heard many Spanish people here say that they found it difficult to meet German people, but it hasn’t been a problem for me. In Münster I really loved how it was so small and people got to know one another very quickly. So you would get out and say “Hi,” to your local baker and “Hello,” to the neighbors, and at the end everybody knew you as the foreigner, but in a really nice way. It was really cool. So I met people instantly. In Hamburg, the people I have made friends with are a mixture of the people I work with and the people I have lived with. And I did Tandem, through which I met one of my best friends here in Hamburg. I did it through the Goethe-Institut, they connect people who want to find a Tandem-Partner. The girl who became my Tandem-partner was studying Spanish and wanted to practice it. We met, it was like a blind date, set up by the Goethe-Institut, we got along very well and then we just kept in contact.

Employland: Thank you, Oriana for sharing your experiences with us!

How did you experience the apartment search? We look forward to your comment!