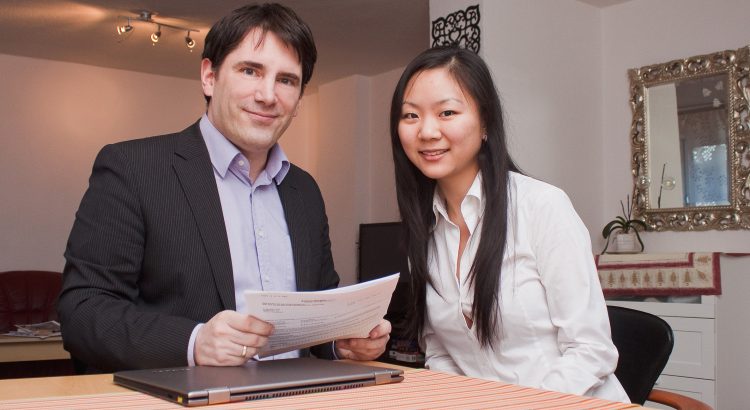 Chris Pyak, author of the book How To Win Jobs & Influence Germans: The Expats’ Guide to a Career in Germany shares his knowledge and experience concerning expats who want to take their next career step in Germany. The book will be available in the middle of August. In this interview he talks with Employland about expats’ challenges and chances when it comes to finding a job in Germany.

Employland: Mr. Pyak, as an expat/career coach on the one hand and recruitment consultant on the other hand, you have quite a bit of experience when it comes to career paths for expats in Germany. You are well-studied in the tricky German application process, after advising over 100 foreign workers. How many of them have found a job with your help?

Chris Pyak: None. (Laughs) I worked with 117 international professionals last year. 115 of them have made their next career step. But it wasn’t me who “got them a job”. Nobody can force an employer to hire you. Only the candidate can convince an employer that she is the right fit. That’s what my coachees did. I just help them to define their own strategy – and open doors by introducing them to managers in my network. But it’s the coachee who builds these new relationships into a career opportunity.

Employland: Your knowledge, the experiences of your coachees, and the best practice-cases are shared in your book How To Win Jobs & Influence Germans: The Expats’ Guide to a Career in Germany. Why is such a book needed for expats – after all, Germany isn’t Mars?

Chris Pyak: Every year I conduct a survey among expatriates in Germany. The median expat writes between 50 and 150 job applications and doesn’t get any interviews. This shows clearly that the standard approach doesn’t work for international talent. In my book I present the best practices of my coachees. They managed to improve from zero to twelve job interviews with a fundamental change in their approach. And in the end they usually don’t have one job offer, but two or three to choose from.

Employland: Why is it that highly qualified foreign workers apply for German jobs by the dozens, fitting the job description perfectly, yet they aren’t invited for an interview?

Chris Pyak: Short answer? Because job descriptions usually belong in the “fantasy” aisle of the book store. They have little in common with the actual requirement of the job. Just a few days ago one of my coachees was invited to a job interview for an office manager position just to discover that the actual duties were those of a product manager.

Over the years I spoke to over 500 HR managers. Usually my visit is the first time that the recruiter and the hiring manager sit in the same room and discuss this question: How do you define success for this position? Imagine a Coach who doesn’t know that the whole point of soccer is to score goals. How would she ever choose the right 11 people for the game?

Most candidates simply believe the job description and therefore they don’t address the real concerns of the hiring manager.
The candidates also make mistakes, though. They send the same standard application to all companies. When you send 200 identical mails to people, there is a word for it. It’s called “spam”. Do you reply to spam? Candidates need to talk about the real challenges of each particular employer. Which is hard if the HR manager has no clue…

Employland: What are quirks in the German market that could cause foreign applicants to stumble?

Chris Pyak: More than anything else: Unprofessional HR managers. Thomas Sattelberger is a former member of the board of Deutsche Telekom. He once told me: “How do you double the performance of HR? Fire half the people.” If an HR manager does not know what goals the hiring manager wants to achieve with this position, then she is harming the company and should be removed.

Then there is a simple truth: You have immense competition. Take for example a startup like HitFox Group in Berlin. Even such a small company gets more than one thousand applications per month. Doing what everybody else does, will not get you a job. You need to do something different to be outstanding. That’s what the word means.

Employland: How important is German proficiency?

Chris Pyak: There are 340.000 companies with more than ten employers in Germany. Only 3.000 of them hire in English. If you don’t speak German than 99,12 percent of the German job market is “off limits” for you.

One of the first leads that I called when I started Immigrant Spirit GmbH was a small company in South Germany. If you would ask their HR manager: Speaking German is the most important qualification for the job. The job was to sell tires to companies in France…

I analyze the complete German job market.  There are three types of jobs in the “Top 40”. Jobs that, by law, require German language, like nurses and caretakers. Jobs that will not exist much longer like truck drivers, warehouse workers or accountants – and then the waste majority of jobs: software developers, business analysts, marketing experts.

Most tasks don’t require German. Employers just haven’t figured that out – again, because they never bothered to define success.

Employland: Could you describe the experiences of an expat you’ve coached, who had been unsuccessful in his job search until changing his strategy according to your methods? What did the expat change, what had they been doing wrong?

Chris Pyak: My advice: Don’t waste time looking for mistakes. Mistakes tell you want you should not do. But you still don’t know what you should do. Much more effective: Look for experiences where things went better than usual. Then figure out why they were more successful and do that more.

One good example is Marcel. He lived in South Africa when he booked my coaching. I had the chance to introduce him to Dustin Figge, the CEO of Homelike GmbH. This was one thing that Marcel did differently: He found someone who could introduce him to the decision maker.

But what got Marcel the job offer was not my introduction, but what Marcel did next: He found out what Dustin’s biggest problem was and offered a solution based on his own work experience.

Employland: You don’t just advise expats, you are also an HR consultant and business coach. What are human resources’ central themes or obstacles, when it comes to international recruiting in Germany?

Chris Pyak: HR managers need to become consultants to the hiring manager. You need to help him to define measurable success criteria for each position. Think from the end! Only after this step can you write requirements, but you need to be flexible enough to throw them out the window – as long as a candidate can prove to you how he would achieve the goals of the position.

This means that you will have to push the hiring manager. I know they often don’t want to invest the time and I know that you hate conflict. But if you want to be a professional, then you need the guts to say “no” to a search task if you can’t do your job properly. If you do what most HR managers do, in five years your job will be done by software.

Employland: Can this audience also learn something from your book, and if so, what?

Chris Pyak: Yes, and I hope that many HR professionals, hiring managers and CEO’s will read it. As the Luther of German recruiting, Henrik Zaborowski, says: “HR is about people.” My book will show you a group of highly skilled, intelligent and motivated professionals that are overlooked by most of your competition. If you understand their needs and offer them to start working in English and learn German on the job: Then “Fachkräftemangel” (skills shortage) will never be an issue for you.

About Chis Pyak:
Chris Pyak is the managing director of Immigrant Spirit GmbH. In the last 27 years, Chris worked in six different countries. He now is based in Germany as HR consultant and also coaches expats who want to work in Germany. He specializes in international recruiting and building cooperation in intercultural teams.

People who want to live and work in Germany have to deal with many challenges: The German language, mentally preparing for a different culture and work environment, managing bureaucratic procedures concerning visas and work permits, and the long to-do list after arriving in Germany. That’s tough and can hardly be done without help and plenty of research. Our series „Prepping for life & work in Germany“ will introduce websites to you that help you prepare for and start your life in Germany! Read the interview with Hyde Flippo about his website The German Way & More.