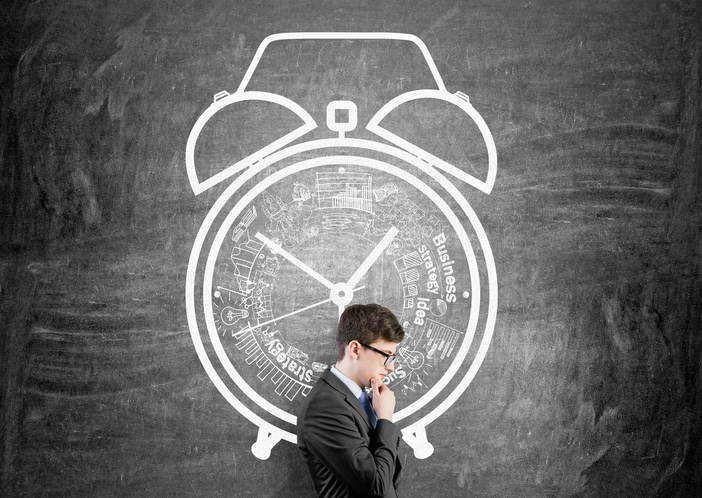 Flexibility vs. rigid structures, tardiness being impolite vs. polite, and a “yes or no” culture vs. a “yes and” culture: You’ll know the greatest differences between German and Brazilian work culture after having read this post, and understand why Germany’s economy continues to evolve and thrive.

A Guest Commentary by Vinicius Andriolo (32) from Vitória/ES (Brazil), about the cultural differences between Brazilian and German work culture.

Flexibility vs. Frames in Brazilian and German Work Culture

Taking a traditional company as an example, one could say that formality is a constant theme in German companies. All members of the team are frequently reminded of this, from using formal pronouns to calling superiors Mr. X or Mrs. X.
These formalities encourage objectivity and productivity in a direct way, as employees are continuously reminded they are in a professional environment. Further, the formalities frame everything, emphasizing a company’s structure and reducing distractions.

The words structure, schedule, plan, and process frequently appear in the German workplace, solidifying this idea of formality enhancing productivity. Meanwhile, in Brazil, terms like flexibility, adaptation, thinking outside the box, and overcoming adversity are far more common and reveal a great deal about the mindset of workers in the country.

Problem solving skills and soft skills are paramount for anybody wanting to work in Brazil (which often can be extended to include all of Latin America). The German mindset of meticulously laying out and executing a plan would prove disastrous in Brazil, where workers often improvise and enjoy flexibility.
While reduced productivity can become an issue from time to time, the solutions Brazilians develop for everyday problems are creative and often solve problems that affect the whole company.

Quality of Life in the Workplace – Germany vs. Brazil

While tech companies all over the world may be turning the work environment into a motivational playground, we will focus on traditionally styled companies, which represent the majority of businesses.
The lunch hour in Brazil is actually one hour long and Brazilians have the custom of eating outside the office, actually making use of the time to go find good food, have a nice meal and then return to work.

Eating in the workplace or even having a sandwich in your work station is rare and even frowned upon by management, because Brazilian managers focus on the well-being of the team. In some Brazilian companies, the workers are not even allowed to eat at their desks as it is considered an ergonomic and safety issue.

If you have a German mindset, you might get startled by that description, as it seems to hinder productivity. With the concept of productivity always in mind, the German lunch break will not take more than 45 minutes in Germany. That, combined with German’s famous affinity for punctuality can turn lunch into a source of stress instead of a refreshing time to enable better work hours after. On the other hand, it keeps the workplace going, benefiting results.

Breaks are very common in Brazil, sometimes during the morning but more commonly in the afternoon. What the English call ‘afternoon tea’ translates to the Brazilian coffee break around 3:00 in the afternoon. While this may take a toll on productivity, it builds better relationships amongst colleagues and enhances team spirit.
In Germany, it is common to have only the lunch break. Again, this may promote productivity, but it also prevents the team from growing as a group.

It is very common in Brazil for work colleagues to go out for a happy hour together or to invite each other over for barbecues on the weekend. Socializing outside of the workplace is a common activity that is seen as important for the synergy amongst colleagues in the office.
In addition to those recreational activities, companies also promote a number of team building exercises and trainings during the work hours and sometimes on the weekends. The team is the highest priority in Brazil, because firms believe that teams bring results more than individual performers.

This stands in stark contrast to German work culture, where people have a more closed group of friends and it takes more time to build a friendship. The friends you make during school and university are very commonly the ones that stick for a lifetime. While this is a great way to be part of a social network where people rely on each other, it also shuts down new entrances and that is where it can have an effect with colleagues at work.

The effect this has on work relationships is that Germans are a bit more distant compared to Brazilians. In some cases, this will help to increase productivity since there are fewer distractions and interruptions, individual performance is prioritized. Each individual is trusted to do their job without much interference from their managers, which can also increase the productivity.

Recently I read a blog post from someone in Germany who was trying to understand their Brazilian colleagues. At some point, the fact that everybody calls each other by their first name in the office convinced the German that the office was informal—but this doesn’t make much sense for a Brazilian.
It didn’t make sense because this “informality” is just a normal thing in Brazil–it’s a given. Rare are the cases that people address each other by their last name. Regardless of your position in the company, you will be called by your first name by everybody. Far from asign of informality, this is simply normal behavior for Brazilians.

As a curiosity, it is worth mentioning this example: Role call in Brazilian schools is determined alphabetically by the first name. For example, my name is Vinicius and my last name is Andriolo, so in Brazil I was always one of the last to be called whereas in Germany I am usually the first.

This factor is one of the biggest differences between these two cultures and can be the source of many misunderstandings. It is known that Germans are extremely punctual and Brazilians aren’t, but the most interesting point here is that in the South American nation, being on time means impoliteness in some situations, which might cause some German minds to overheat.

In Germany, if a meeting is booked for 10:00, you better arrive five minutes early or have a really good excuse for why you are not on time. It is considered disrespectful to your colleagues to be late. This demonstrates the German discipline and focus that is envied by most other countries, since it brings many benefits for the economy and the profit of companies.

In this specific point, Brazilian workers are not too different as it is also considered a negative thing to be late for a meeting, especially if it is a meeting with a client or an interview. However, if the client is late for the meeting, that is completely acceptable and nothing will be said about it during or after the encounter. What I am trying to say is that being late is not a big deal in Brazil in most cases, and this reflects the flexibility inherent to Brazilians.

In a social event, it is assumed that the guests will start arriving at least 20 to 30 minutes after the starting time of the event. That happens because the guests want to make sure that everything is ready when they arrive so a few more minutes are given to the host to prepare. So at this point it would be impolite for a guest to be on time. Curious but true.

Emotions – Personal interaction at work in Brazil vs. Germany

Another differentiating characteristic lies in how German and Brazilians manage emotions is also a factor that differentiate them. It is important to say that each individual has a unique personality and that determines how we react to different things independently of our nationality. But there is some kind of “emotional standard” in each culture, some line where we all are similar to our own culture and not so much like others.

In general, Germans are very composed and straight-forward, while Brazilians are emotional and often need time to communicate a message, as the relationship between people is important.
For a German to say “no” to a colleague is a perfectly normal thing and it doesn’t cause any hurt feelings. That will also happen for any messages that need to be delivered – good or bad news, they are treated pretty much in the same way. The direct German method is to communicate something as precisely and quickly as possible so the next task can be initiated.

This concept of “yes” and “no” in the European country is very curious for South Americans, as these two are considered as choices with nothing in between. For Brazilians, there are many options between yes and no. A positive answer could mean a possibility or just a way to get to a later negative answer without offending the asking party. It can be confusing for Germans to understand this logic, but sometimes the nuances of a conversation between two people are more important than the final decision.

For those reasons, saying no to a colleague at the workplace might be a bit trickier in Brazil than in Germany. Usually when Brazilians answer to something, there is a reasoning behind it and that is often communicated together with the answer, which could seem like they are trying to get away from a direct answer, but most of the time it is just out of politeness that the answer is longer and explained.

Another important emotional aspect in the office is the way employees are motivated, what to say and what not to say. Brazilians are often incentivized often by energetic words and positive feedback in the form of compliments. Prizes are offered for accomplishments and are held in high regard for employees. The consequences of this are that the employees are enthusiastic about what they do, but there is also an increase in workplace competition (which goes against the prioritization of team work but that is corrected by having prizes for the teams as well).

In contrast to this, being complimented in Germany needs to be for specific situations. Germans need to feel like they deserve the compliment before they actually get it, otherwise the compliment is interpreted as an attempt of empty flattery. In those situations, an effort to reward and encourage a behavior backfires, demotivating an employee.

People are people everywhere in the world, independently of their culture or nationality. We all have basic needs that are common to all of us, emotions and goals. Still, Germans and Brazilians have very distinct colors. An understanding of these two cultures is paramount for foreigners that want to achieve success while working in these countries.
After spending nearly a year in Germany, I can better understand how to behave and how to deal with the different situations in the workplace. This knowledge is always growing with time and the more people I get to meet.

Also in our blog: Read the interview with Andriolo: Number one country in the world for Logistics, great opportunities to network with people from all over the world and a drive to improvements in business culture: This is what motivated Vinicius Andriolo (32) from Vitória/ES (Brazil) to undertake his next career step in Germany.